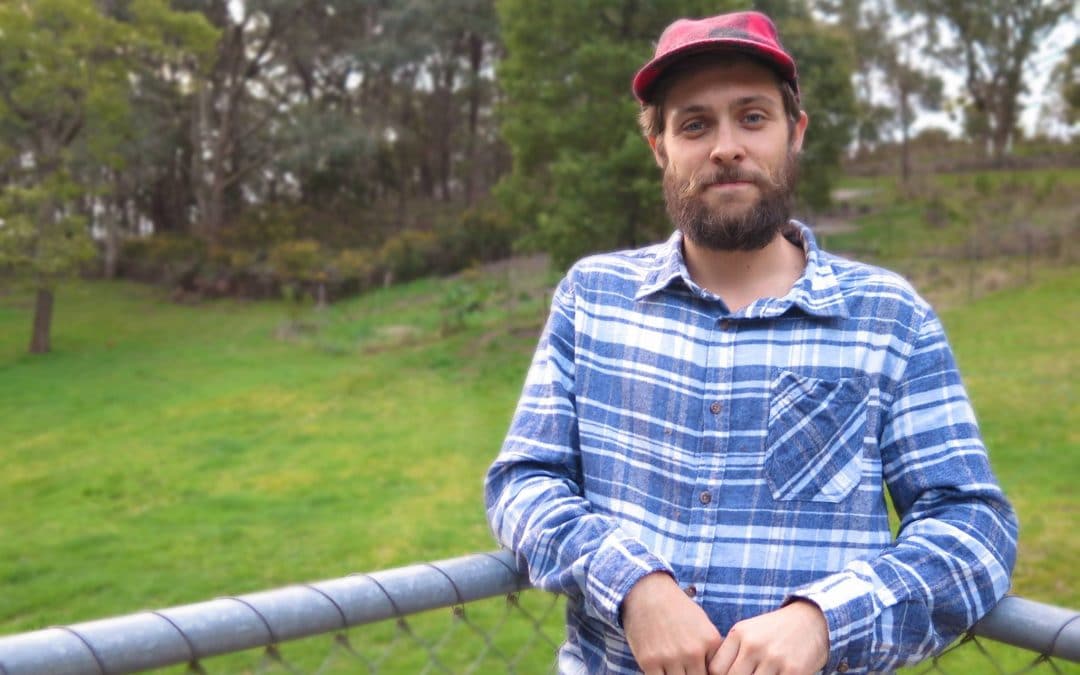 The Feed Iowa First Board of Directors is pleased to announce that Carter Oswood has joined the Feed Iowa First team as Executive Director. “Carter brings a deep passion for the Feed Iowa First mission to combat food insecurity by growing food and farmers; great vision and energy to act upon it; fearless attitude to take on any task from digging in the dirt to presenting to executives; and the skillset to lead Feed Iowa First into a sustainable future,” says Board President Dora Bopp.

Oswood, a Cedar Rapids native, returned to the area after years spent living, working and studying overseas.  With a professional career encompassing photography, web design, marketing, creative writing and business development, Oswood is enthusiastic about the organization’s future.  “Feed Iowa First has had such a positive impact on the community since its establishment,” says Oswood, “and I sincerely look forward to playing a role in furthering the mission.”  As Executive Director, Oswood will oversee the administration, programs and strategic plan of the organization. Other key duties will include fundraising, marketing, partnership development, volunteer coordination and community outreach.

Feed Iowa First was founded in 2011 by Sonia Kendrick, who worked passionately to address food insecurity in Linn County. To do this, Kendrick began farming half an acre at Alliance Church in Cedar Rapids and donated the vegetables to their food pantry. This single “urban farm” has now grown to over 25 plots with the help of businesses, faith organizations, community organizations and local farmers. Growing partners offer use of their open space, manage the production and harvest of chemical-free vegetables and fruits and then deliver produce to Feed Iowa First’s production facility where the produce is prepared for delivery in their “veggie bus” mobile food pantry.

Oswood, a Cedar Rapids native, began as a volunteer with the organization and continued to become further involved in any opportunity that arose. “The Feed Iowa First model gets the community involved in growing fresh, nutrient-dense produce that will end up in the hands and homes that need it most,” says Oswood, “a pragmatic process that generates a lasting interest in how produce is grown, while simultaneously addressing and alleviating the very real crisis of food insecurity in the community.” In 2019, Feed Iowa First distributed over 20,000 pounds of produce to 23 locations over the course of the season, including 10 regular delivery sites served weekly thanks to the First Iowa First team of volunteers, growing partners, distribution partners, advocates and farmer friends who believe access to fresh, healthy produce can and does transform lives and communities.  The food insecure in the Cedar Rapids community have come to recognize, appreciate and value the wholesome foods that Feed Iowa First provides. Oswood will now lead and grow upon the work that Kendrick began.